A square piece of cloth made of any fabric. It comes in all sizes from one foot square to ten times that size. It is the most useful carrying invention imaginable. It has been used since the 7th century to carry every object, from elaborate gifts to lunches, vegetables, books or even bulky furniture. 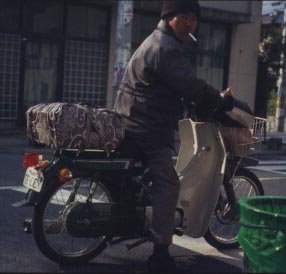 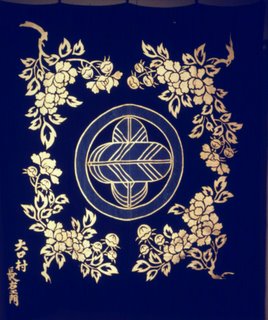 Perhaps the original idea of a furoshiki was introduced from China. In the 8th century, the square of cloth used to wrap things up was called hirazutsumi. Shosoin, the imperial treasure house in Nara, has in its collection, cloth used for wrapping.

It is thought that hirazutsumi (just wrapping) might have been used in temples to store clothing, while bathing to purify the body before worshipping. In the 14th century, the practice of using hirazutsumi was also used by aristocrats as a method of wrapping their clothes. These hirazutsumi were decorated with family crests. The bathers in special, feudal, bath houses spread the cloth on the wet floors, placing their clothing on it and turning up the four corners over the center to keep the bundle together.

The first record mentioning furoshiki dates from the beginning of the 17th century. The word furoshiki originated from the public baths. During the early Edo Period, as the public bath, 0-Furo, was common to both men and women, they modestly entered clad in their underclothes. Each bather spread a hirazutsumi on the floor, much as a bath mat, and undressed on it. After bathing, they would wrap their wet underclothes and towels in the cloth to carry home. From this usage, the cloth became known as furoshiki, furo meaning bath and shiki meaning cloth or bath spread.

The convenience of the furoshiki, the simplicity with which it can be folded, placed in a purse, and used again and again, soon popularized it. The use of the furoshiki shifted from its original bathhouse use to the making of bundles for carrying goods, business documents, books, gifts , storing futon and for wrapping items during ceremonial occasions.

In Japan, the furoshiki has been the most popular method of carrying merchandise until the 20th century. A furoshiki can be carried on the shoulder, over an arm, in the hand, on the head or on the hips. Its specialized usage lead to the development of creative ways to wrap items. The Japanese have always been extremely dexterous with their hands, and in time the simple actions involved in the folding, wrapping or tying the furoshiki evolved into an important part of Japanese culture. A formal gift requires the closest attention to make sure that the container, wrapping and furoshiki fit the occasion for the gift they bear. This trait of evading directness, of keeping things under cover, has evolved from a very rigid social structure.

A characteristic peculiar to the Japanese is their abhorrence of carrying or storing things that are not covered. Even money must be wrapped in a suitable manner before it can be presented., regardless of how little the sum. A furoshiki wrapped item is a neat, creative way of packaging. The folding and stowing of the contents, are all done in a manner so as to please the eye, even after the packages have been opened. The versatility and convenience embodied in furoshiki are truly amazing in the manner they are employed. Objects of all sizes and shapes, thin, bulky, round, square or whatever, are easily accommodated in this piece of cloth which comes in a variety of sizes, but always in the familiar square shape. When not needed, it's simple to fold it up and tuck it into a handbag or pocket.

In the early days, the useful furoshiki was only a hemp or cotton mat. As time went on, and as the Japanese social structure became more complex and varied, the furoshiki assumed a more elegant and refined quality until the ultimate is produced in beautiful and gorgeous contemporary fabrics.

Today furoshiki come in a wide variety of materials. They can be made of silk or cotton, are often uniquely designed, woven and dyed with family colors, traditional crests or seasonal designs. Size and material depend on the purpose. Plastic furoshiki are used to protect merchandise from rain and dust. The furoshiki is a square piece of cloth made of any fabric, it comes in all sizes from one foot square to ten times that size.

The refined Japanese sense of color and all of the major trends of textile design are clearly stated in a study of furoshiki of the different eras. Masterpieces using the methods of Yuzen, Bingata, tie-dye, drawn silk and other artistic approaches to executing design are still to be found today. It is a treat to be able to browse through a shop displaying furoshiki, noting the various designs, from subdued to modern abstracts, eye catching colors and tints from the bright to the subdued

In Japan today, an occasional salesman can be seen lugging his wares in a furoshiki printed with his company's trade name in bold letters. Almost all Japanese cherish a memory or two of being summoned by their mother to greet a visitor in the living room and becoming excited to see what is in the furoshiki.

In the Edo Period, the well-dressed aspired to be shibui, smartly attired in an elegant manner. The furoshiki reflects this attitude very well in retaining its original purpose and practicality while evolving into a fine ornamental piece. Part of the joy of unwrapping a present contained in a furoshiki is that the furoshiki is revealed in its entirety. Attractive in concept and color, it offers a visual treat.

Now that the Japanese lifestyle has become so Westernized, furoshiki, the all purpose cloth, square, carry-all, seems to be giving way to the paper shopping bag. Although it is seldom carried today, the furoshiki in all its elegance and beauty, continues to be used on highly formal occasions.


Stencil of Plovers by Atsuko Yoshida

Indonesian paste: Ground nuts (peanuts) and lime called katjang batik from Batavia (Djakarta), recipe from a citation in a "A History of Dyed Textiles" by Stuart Robinson, MIT Press, 1969, p. 74.


This fabric is dyed with the katazome stencil technique. It is called aigaeshi, meaning the fabric is totally dyed in different shades of indigo blue. 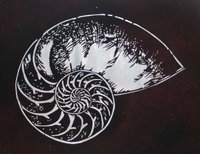 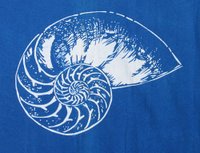 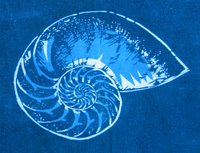 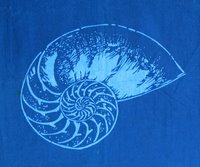