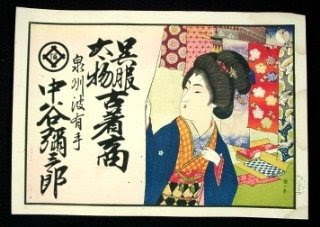 A hikifuda is a handbill used in the Edo era (1603-1867) to advertise shops and products. It is called a stone block printed handbill which is believed to be printed by a lithographic stone.

Shopkeepers had a large variety of borders to choose from - immensely popular were the 7 Lucky Gods, ancient symbols, auspicious creatures, images that conveyed Japan's new "internationalism", and of course beautiful women - and new variations of these feel-good themes were added every year.

Early hikifuda were executed by the laborious technique of woodblock cutting. This eventually gave way at the close of the century to lithography or combinations of Western techniques .

This hikifuda that comes from a kimono store, features a typical bijin (beautiful woman) who is applying dye on stretched fabric for kimono. 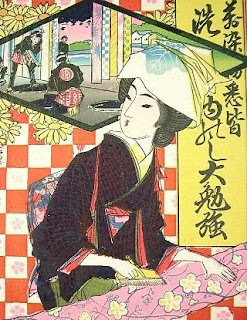 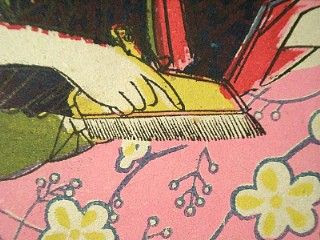 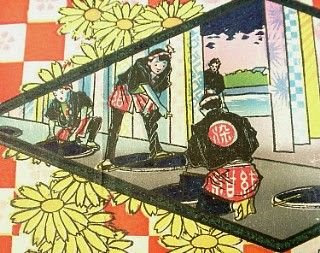 A close-up of this hikifuda shows craftsmen wringing fabric that has been dyed with indigo. 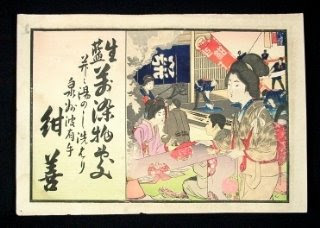 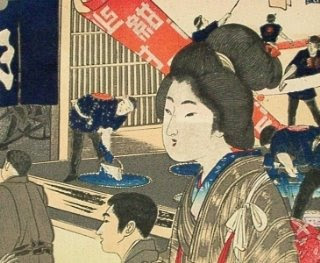 A close-up shows a dyer dipping fabric into indigo that has been stretched on shinshi. 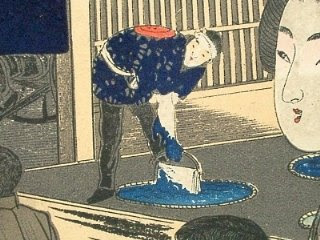 Thank you to www.ichiroya for the images of the hikifuda