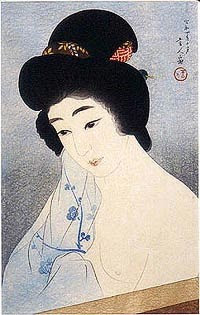 A Tenugui is a thin cotton Japanese hand towel. It is typically about 35 by 90 centimeters in size, plain woven and is almost always printed or dyed with some pattern. Tenugui can be used for anything a washcloth, dishcloth, headband, souvenir or decoration. Towels made from terry cloth have replaced many of its use in the household. However tenugui is still popular as a souvenir, decoration and as a head covering in during festivals. In the past tenugui, was a fabric left uncolored but without patterns-- its functions of wiping, covering, and wrapping bodies or objects, remain the same as today. 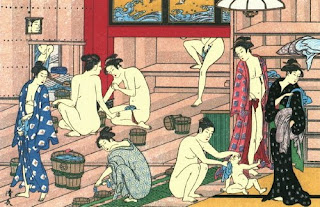 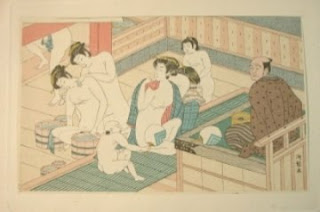 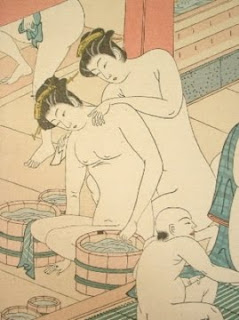 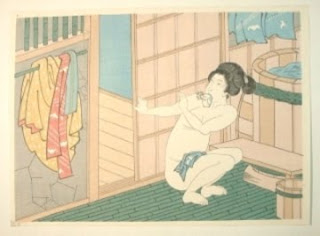 The spread of the public baths accelerated the use of tenugui, which is when people began to pay increasingly more attention to its design and color. The Luxury Banning Act, changed the public demand from luxurious silk to more modest cotton, also spurred the cultivation of raw cotton throughout in Japan. Tenugui also became an advertising tool and soon appealed to performers and merchants, who started to distribute tenugui to customers and patrons with their own family emblems or trade names printed on it. 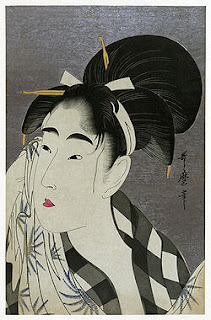 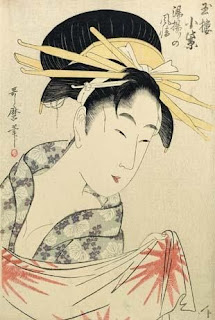 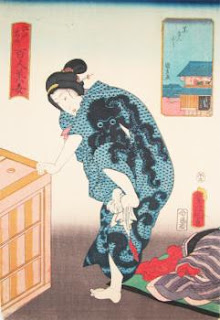 An ever increasing demand for tenugui jeopardized the dyeing processes of shibori and stencil dyeing, far exceeding its production capacity. The chusen method of dyeing was devised which ultimately improved and became a major dyeing method. Chusen dyeing is a technique where the same pattern appears on both sides of the fabric. 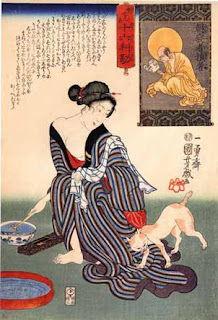 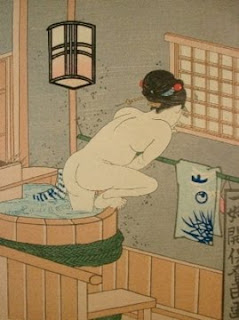 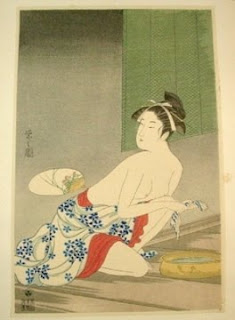 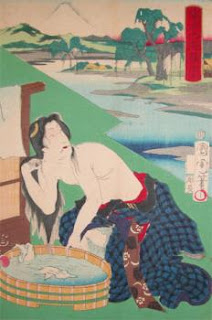 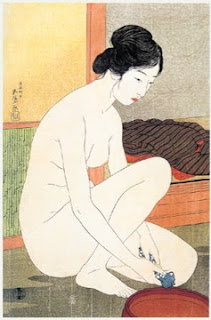 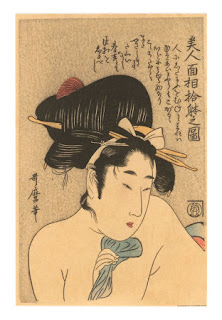 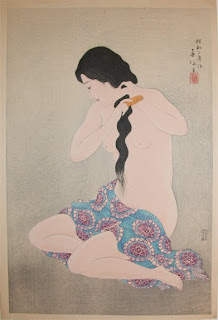 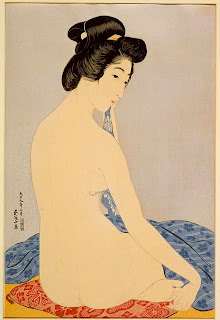